The way everything ended up working out gave me one full day in Manaus. I really couldn’t have spent much more… I fully understand why any Brazilian looks at you like your crazy when you say you’re coming here. Anyway, the flight was about 2.5 hours and I can honestly say I’m going to miss the little soccer mats they have at all the airports when you step off the plane. 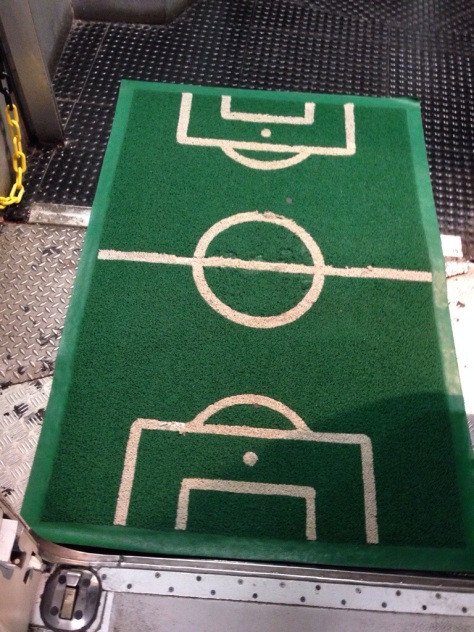 And on the topic of airports… They’re a total joke. But anyway they love their beer so much they actually have it on tap at all the airport cafés. 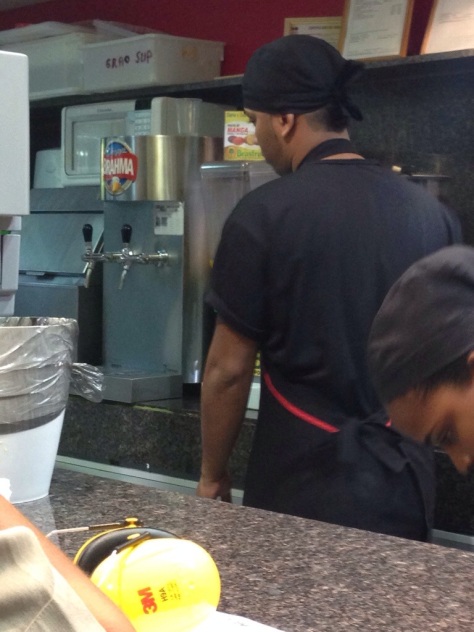 So I booked a day tour before I went online. It had reputable sources and even though I got “Manaus’d” with a price, it was well worth the safety and turned out great. They picked me right up from the hotel and took me here.

Just kidding, they took me to the dock but I thought that was cool.

There was about 20 of us on a boat and first they took us to the meeting of the rivers. The big secret is that they come in at different speeds.

Next we stopped at a gas station. 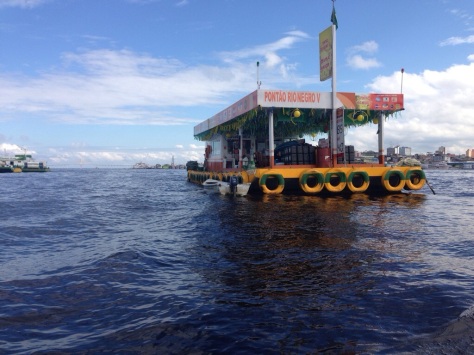 They motor’d us around to see all the floating houses. It was just kind of sad though because they just looked so poor. 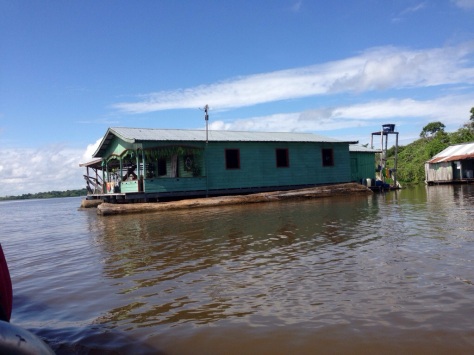 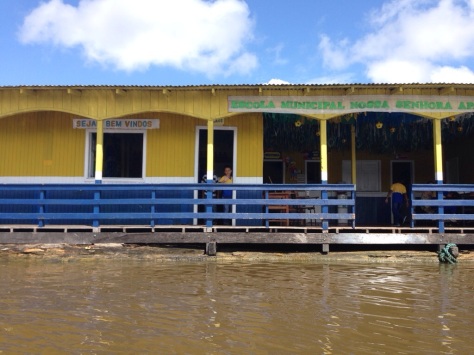 Next they took us to “fish”. It was really strange. They had us just feeding these fish in a penned in area. But these fish were MASSIVE. Around the length of me, easily. 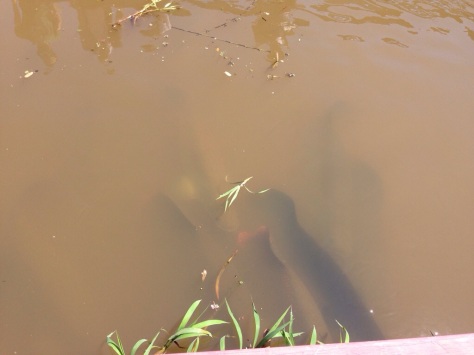 We went more into the jungle and saw the massive Lilly pads which were pretty sweet. 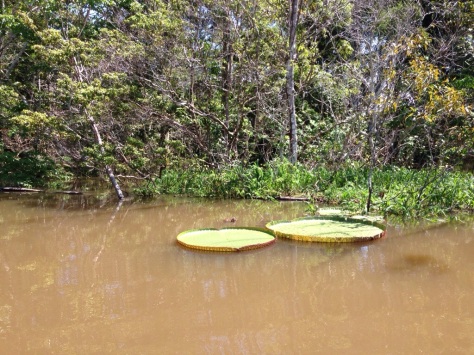 Then these guys in this tiny canoe roll up with a massive anaconda and a crocodile. 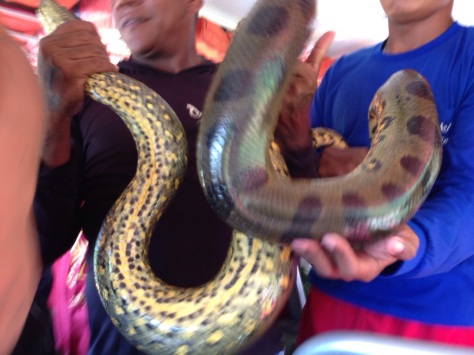 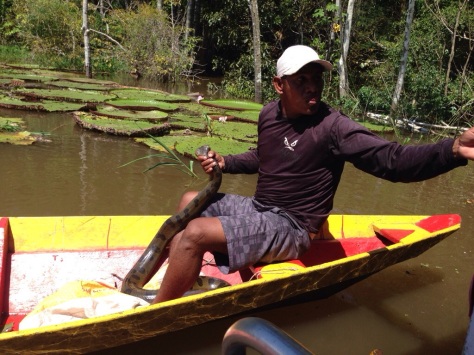 The crocodile was all roped up and I wasn’t okay with that. It didn’t look right at all. He said they only keep it for 25 days and then have to let it back into the wild. Still, I didn’t like it. Now, the snake was AWESOME. Only about 4 people on the boat touched it but I nearly jumped in the men’s canoe trying to get a chance to. The snake was just so beautiful and awesome. Chances are, for my 22nd birthday when I’m more stabilized my senior year I’ll be buying myself a tiny snake for my apartment. The men were even going to let me hold the head but our tour guide started freaking out and wouldn’t allow it. Boo. We ate lunch on a floating raft restaurant and then we went out back and fed the monkeys.

Now what was definitely my highlight of the day came right after lunch… *drumroll please*… THE SLOTHS. 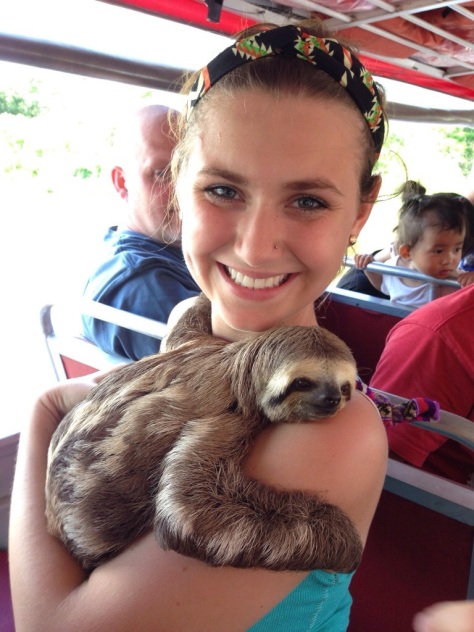 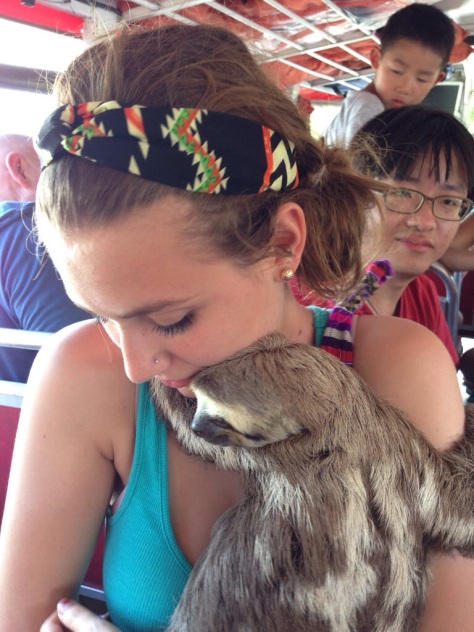 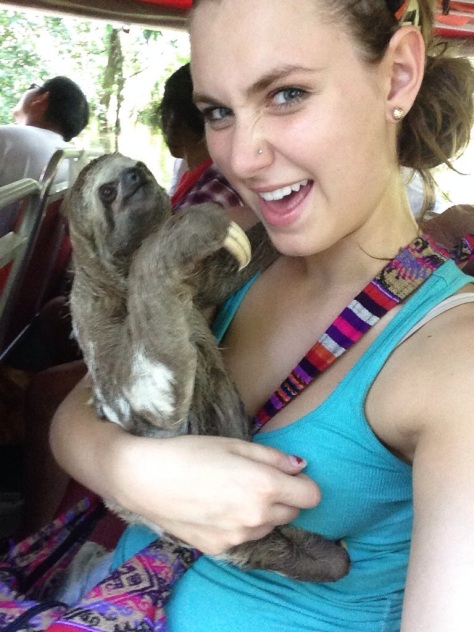 I’m absolutely obsessed. I got to hold two different ones, neither would let me go. The first is the super cuddly one who was just so happy in my arms, the second was quite a bit friskier but still wasn’t about to let me go. They are the cuddliest animal. Ah I can’t even, just thinking back I already am so sad I want it back in my arms.

So after that we went about an hour away into the rain forest for what was supposed to be some sacred dance of some Incan tribe. Not sure on the details, stuff like this just kind of annoys me on the principle of it. 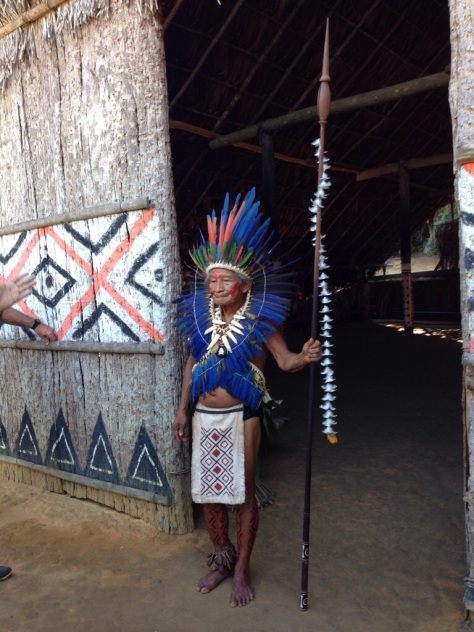 Side note: no I did not swim with the “pink” dolphins as everyone does. The habitat place forbids any tourist visits every other day of the week or something. Due to the World Cup influx the pink dolphins were being putting through too much and fed too much that some started dying. I’m really glad they’re taking care of the issue. And I’ve swam with dolphins, wild and tamed, before so I really wasn’t worried about it.

While on the boat I instantly bonded with this group of guys who had met previously on another boat. Two Norwegian brothers, a Colombian, and a Swiss guy. After the boat trip, ended about 5, we all went out in town together for some drinks. 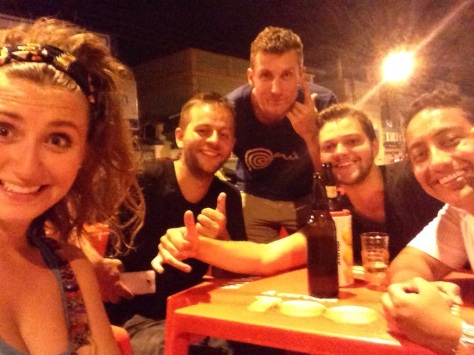 Manaus kind of sucks… The big attraction to see was the opera house everyone raves about. It was closed by that time but it still looked really neat.

There wasn’t a lot to do but the one place had this crazy old man killing it on the sax. He was definitely the best part of the evening.

And now it’s finally time for ARGENTINA!!!! One last leg to the airport and I very successfully traveled alone in Brazil for a week in 2 different cities. Rather proud of myself. Oh and here’s the view from the main hallway on my floor. 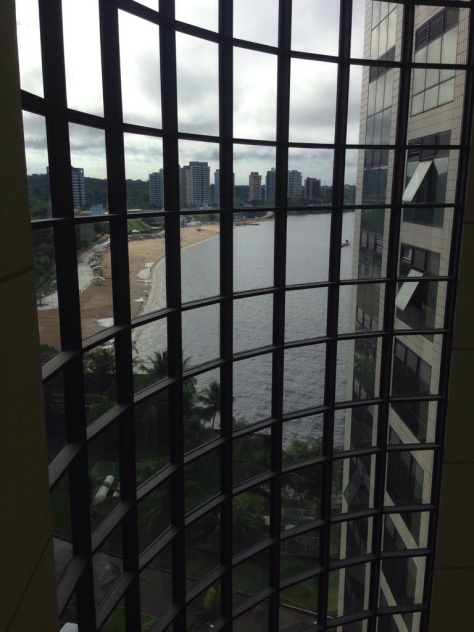