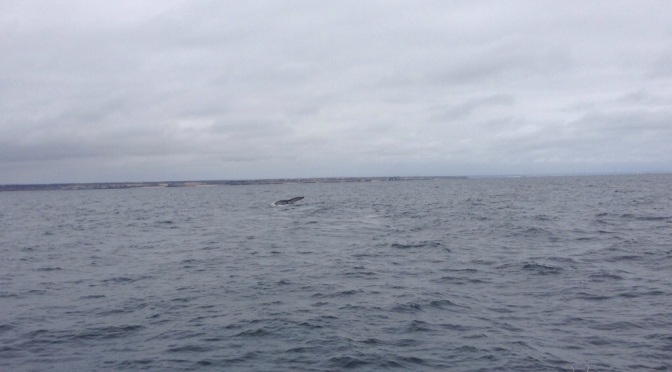 Super behind on the blogs, I’ll do my best to catch up. SO we had the morning in Montañita and just hung out in the hotel and beach on Sunday. 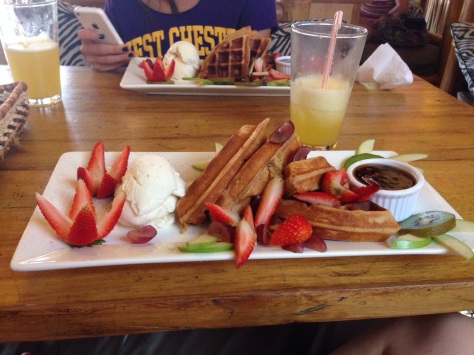 Britt’s grandfather picked us up and we stopped to go whale watching on the way home. I call this whale spotting because we actually spotted one!!!! Last time I went it was a huge bust. We went to Ayangue, a port that’s famous for it’s whale spotting. Apparently it’s the time of year all the whales come in to have their babies in the area. Her grandfather had old friends there so we just got this tiny boat with 3 locals, two of which were kids, and went out. 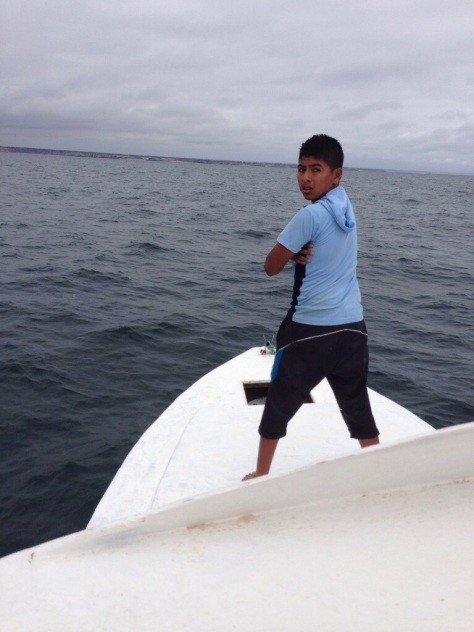 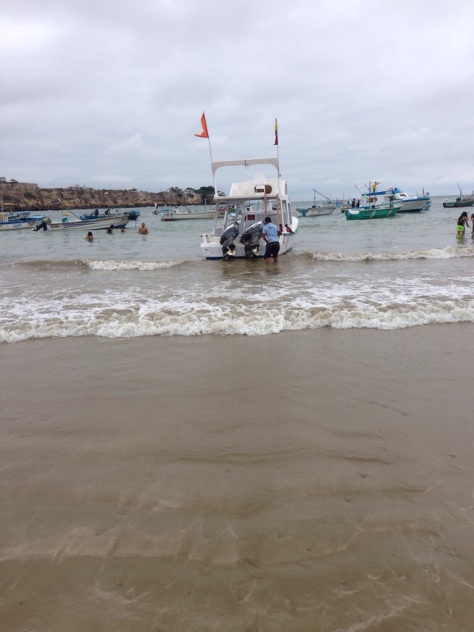 We found two average sized whales and followed them around for awhile. They didn’t do anything super, super cool so I didn’t get any great pictures, but I did get a blow, a fin, and a tail. This is what I got: 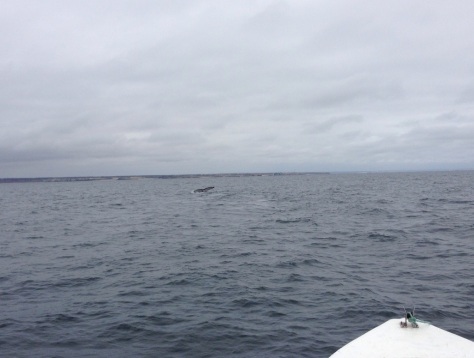 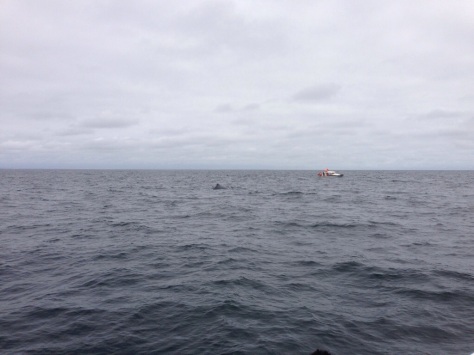 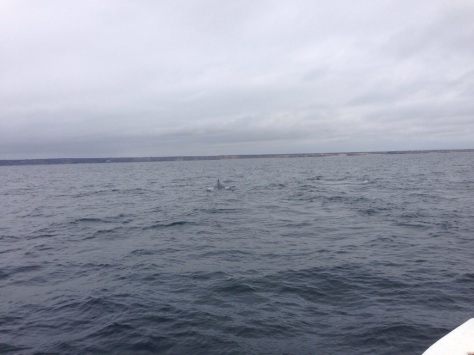 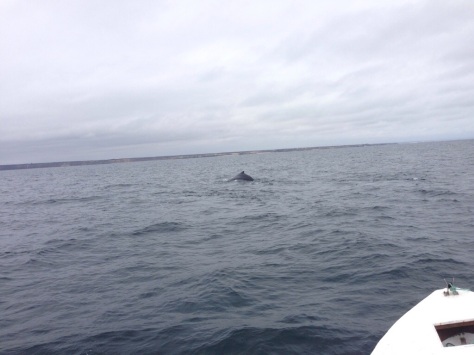 I started to feel a little woozy after the trip though. We stopped to get lunch in Salinas about another half hour along the trek back. It was a cute town but I didn’t get any pictures because luckily I spent the entire time in the bathroom.

I have really perfected the ultimate diet this month: food poisoning. Quick way to drop a pound or two in no time and seriously no effort required. 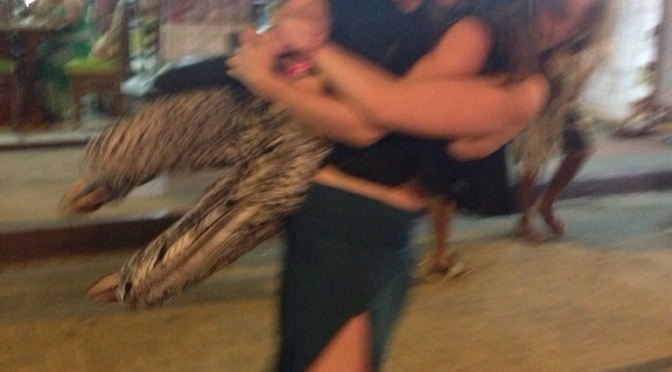 After we got back from Quito on Friday we were supposed to go to Monteñita, but we ended up having a delay and waiting until Saturday morning to head out. Monteñita is a surf beach city, about a 2 hour drive from Guayaquil. 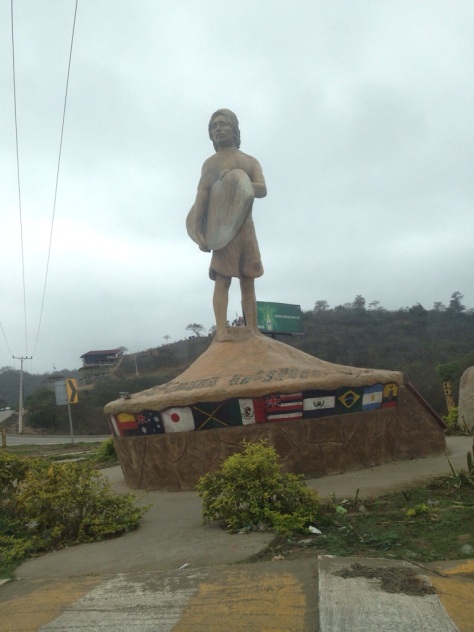 It wasn’t a great day and the sun was barely out, but we walked along the beach a bit to get the feel. 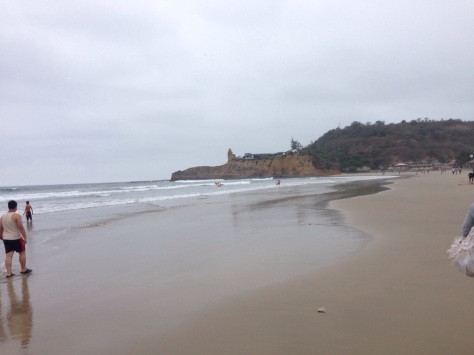 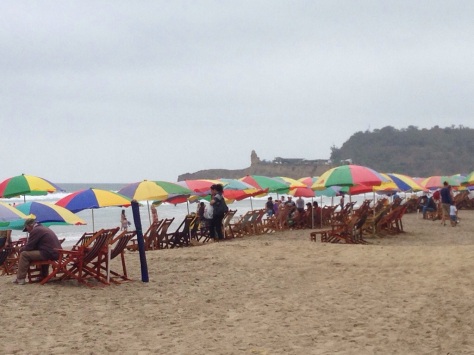 There’s a church about a mile away. It’s called something in Spanish about Mary crying blood from a statue there……. Anyway it was pretty and had an awesome view. 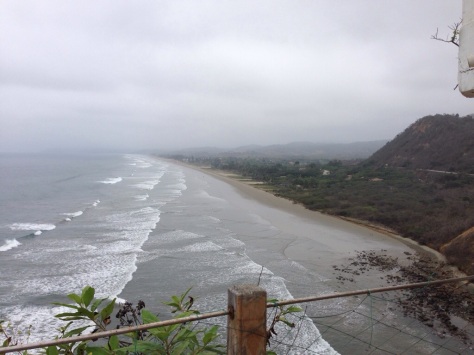 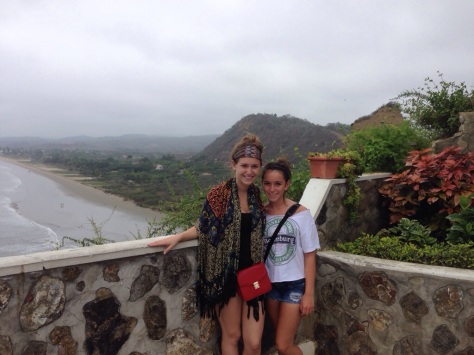 Brittany’s family left and we were on our own. We got a room at Tiki Limbo, a hostel literally in the middle of everything. We walked back down to the beach and witnessed 4 drownings, 2 deaths. The waves at Montañita are not meant for swimming, especially in certain parts. They’re only meant for surfing and incredibly strong swimmers. We were along the boardwalk and saw a mass group of people huddled around something. The second time it happened we walked down to see what was going on… we didn’t fully figure out until we got to see one of the bodies ourselves. That image will never leave me, rest in peace to those who passed. It was the first time I’ve ever seen a dead body not at a funeral.

After emotionally recovering from the day we ran into a few Argentinians we’d met earlier on the beach. They were really fun and spoke great English. 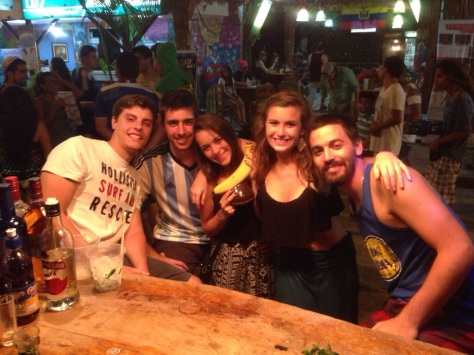 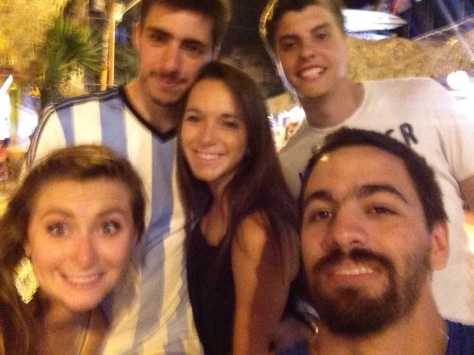 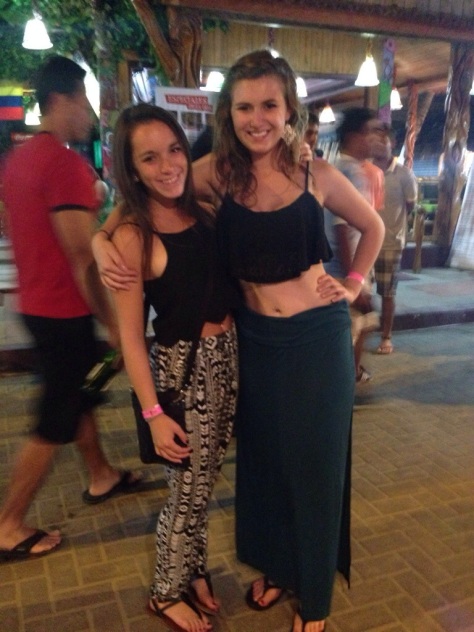 At one point we stopped at a club called “Alcatraz”.

It was HILARIOUS. There was barbed wire, a watch tower. The works. 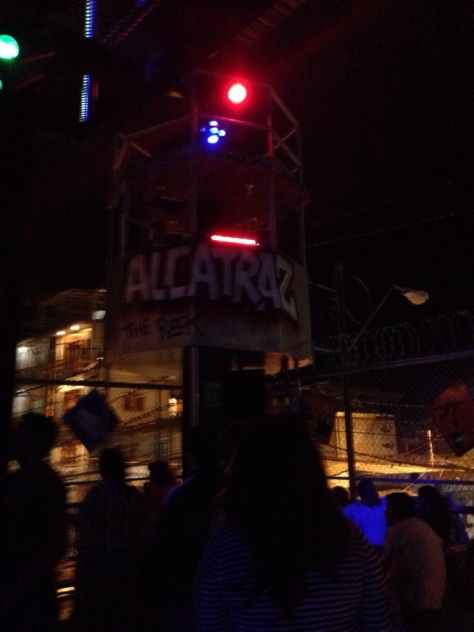 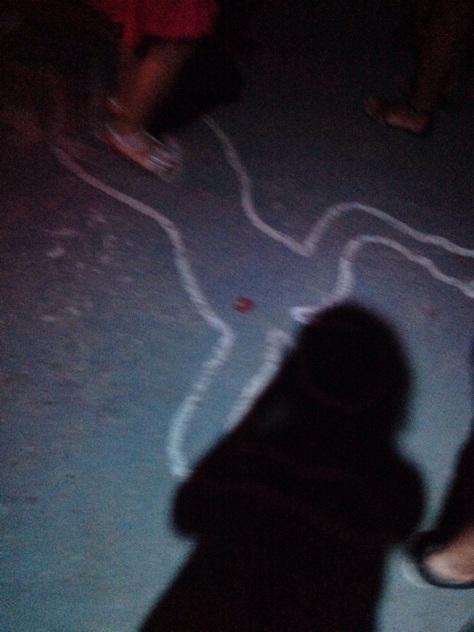 I also got a shot in the day light because I found it so brilliant. 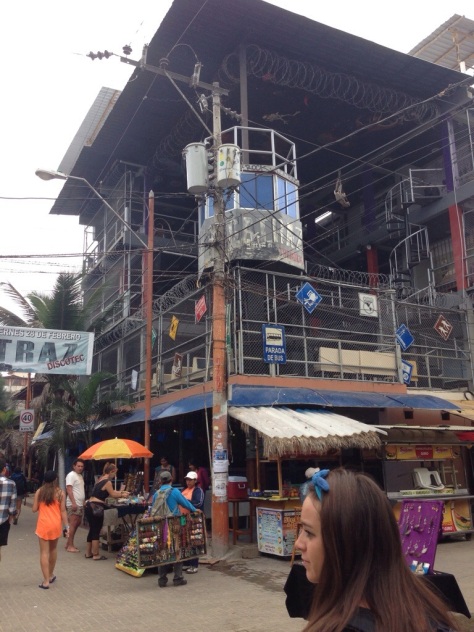 It was actually really cool because multiple times during the night I talked to people who only spoke Spanish or Portuguese (big vacations spot for Brazilians and Argentinians). I could communicate, have real conversations, even make jokes. Granted I’m still speaking pretty elementary… It’s really neat.

Also when we got back that night and tried to charge our phones… We were in for a little surprise. 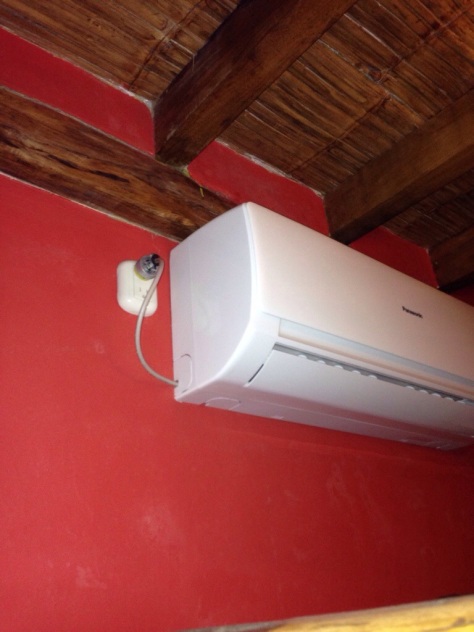 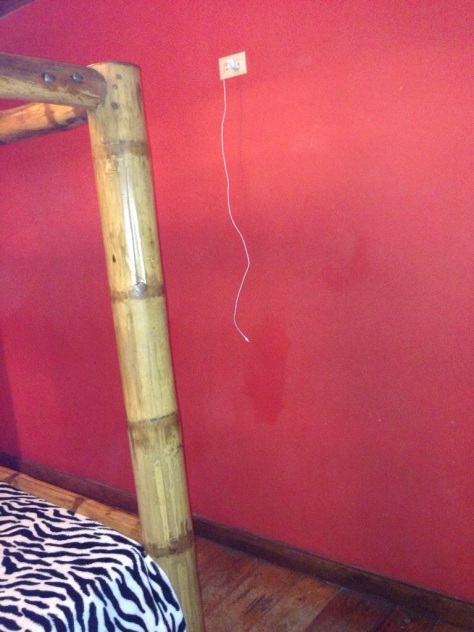 I realize this is a stoner beach but seriously… How high did the builders get? (Pun intended)