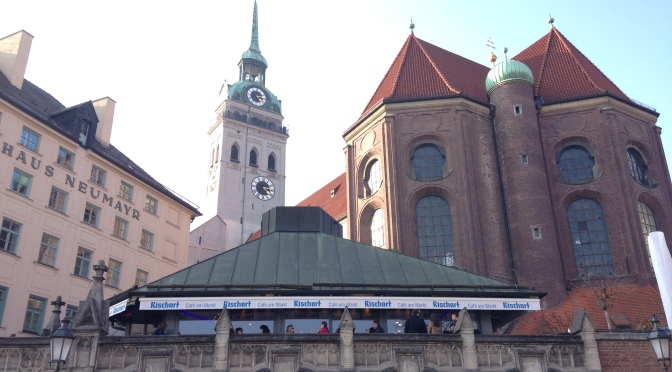 From Berlin I flew to Stuttgart. My friend was studying abroad in a tiny town 45 minutes from the airport. I’m going to skip that for now since I was there the last day and go straight to Munich. We took the bus directly from Tubingen to Munich and it took about 3 hours for about 24 euros each round trip. We made one huge mistake: everything, EVERYTHING is closed on Sundays. The day consisted of a lot of wandering around sightseeing. We also made a huge observation: Pennsylvania really is Dutchland. It’s known as that because there’s a huge Pennsylvania Dutch population back home (they’re really Deutsch but there was a translation error at some point in the past). Everything from the woodlands to the decor of the few open restaurants was something plucked right out of my area back home.

We walked from the bus station into town and saw some things along the way… I’m the worst and couldn’t name one. 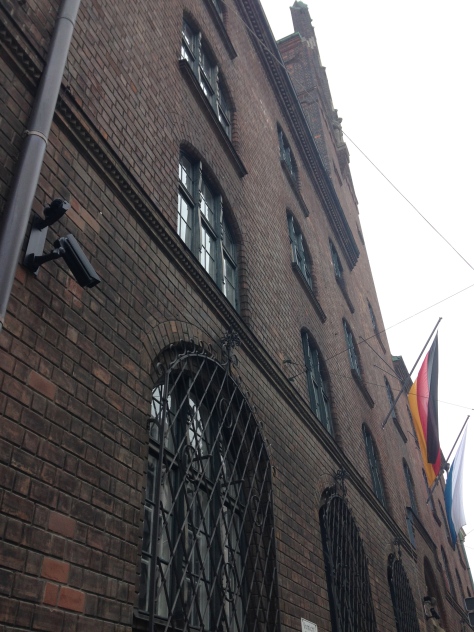 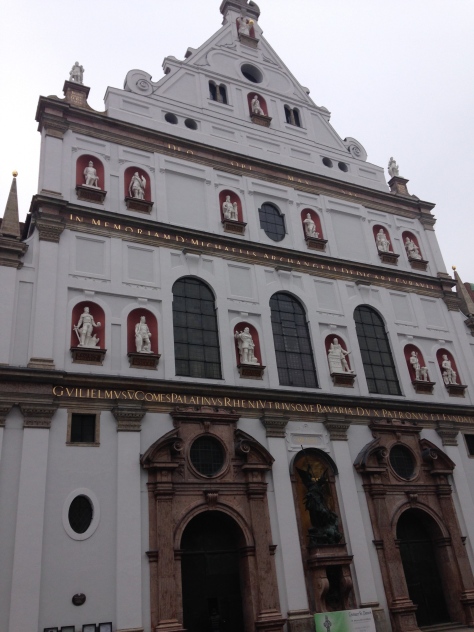 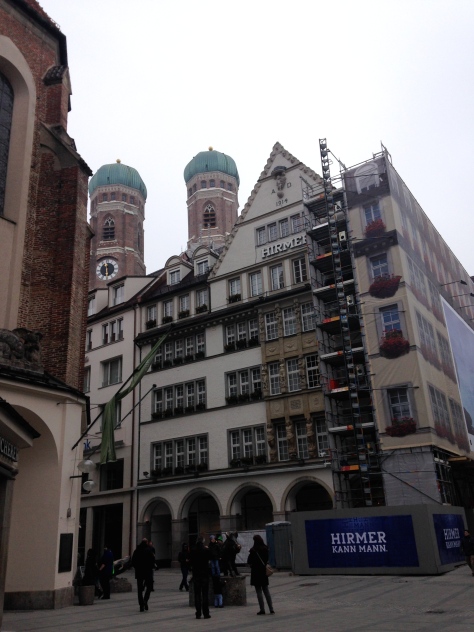 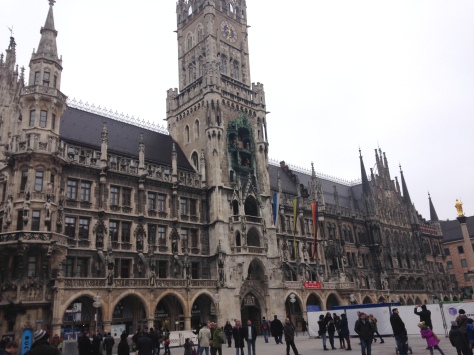 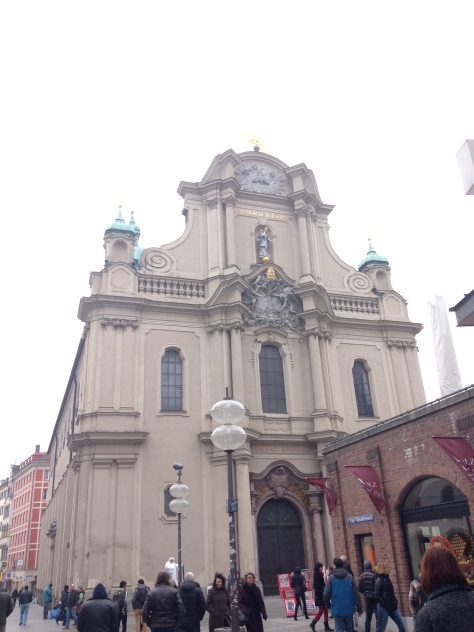 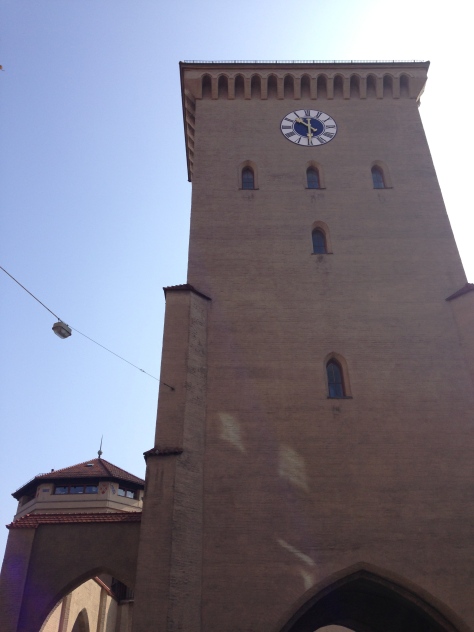 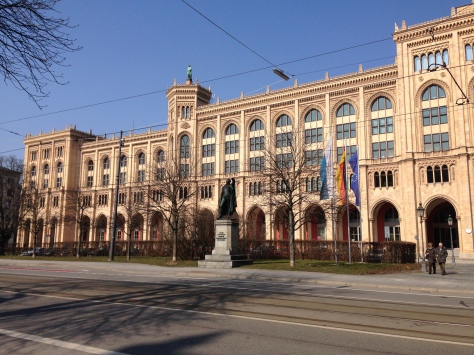 That I do know is the Bavarian National Museum. It was only one euro on Sunday so at least that had it’s perk. The museum was just a lot of dead Jesus’s, ugly babies, and a few women holding the ugly babes. These were my two personal favorites: 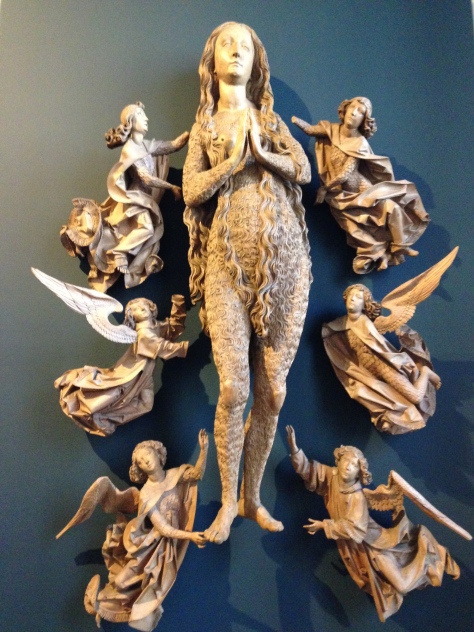 After that we walked next door to the English Gardens. They were so pretty despite the time of year. It was just tons and tons of people out with their dogs and loved ones hanging out. The atmosphere was the utmost excellent. Also, at one part of the river that goes through the park there was a mound  set up to create a big wave for a group surfing. It was freezing and they were extremely talented. 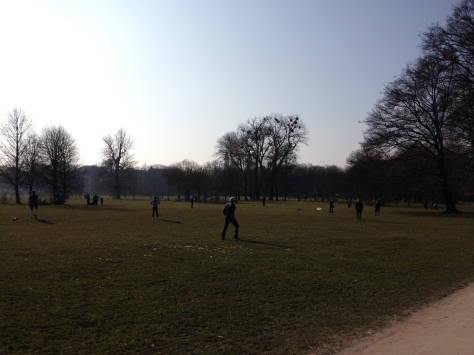 We continued to walk around and find things. Like this arch in the distance, because you aren’t a real European city unless you have an arch.

We continued on in search of a nice German bar to sit and hang out for our last few hours. This is much harder than it sounds. As I mentioned before, most things were closed due to it being a Sunday. All the tourist bars were open but extremely over priced and packed. The beer gardens I read about were not nearly what I expected, they were no Austin, Texas beer gardens to say the least. We did eventually find the Hofbrauhaus and I got some terrible pictures.. It was the only open gift shop in the entire city of Munich (I am not exaggerating, I looked very hard). 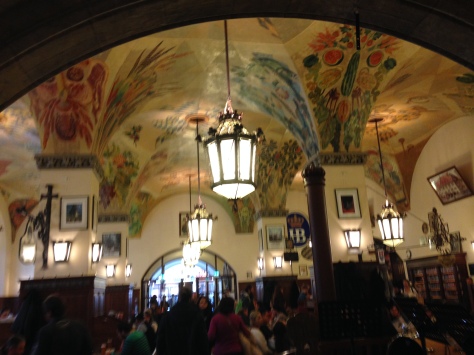 We finally settled on the cutest little place. It was kind of like “Mom’s Dutch Kitchen” (a restaurant in my hometown) but actually good and the real deal. There were even rifles on the wall… you do not see that in Europe… ‘MERICA 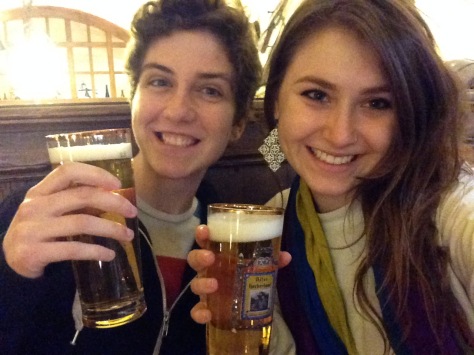 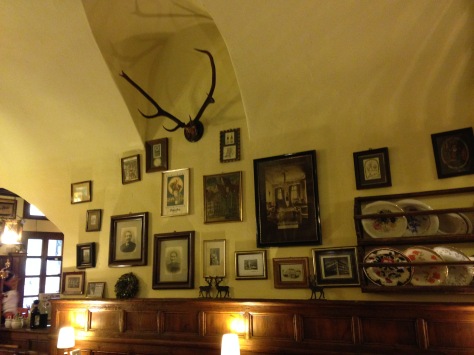 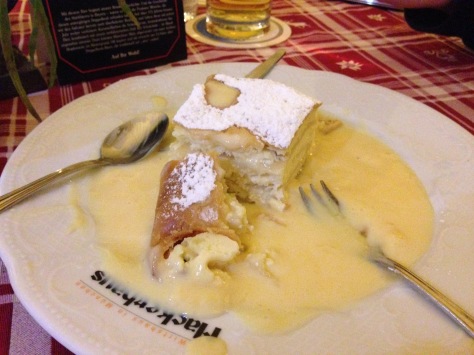 Speaking again of home, here’s a picture on the bus ride. I honestly would think this was taken in PA if I hadn’t taken it myself… EXACT SAME FORESTRY.

Anyway, all in all I liked Munich a whole lot better (minus the whole being closed thing). It was a lot happier of a place and really had a very cute atmosphere. I don’t really feel like I need to go back, but seriously this is what I got to stare at all day and not be able to go into…